The NDDC has decided to change the name of its monthly meeting from the General Membership Meeting to the NDDC Downtown Forum.

The old name made sense to some degree because we’ve always had an extremely open membership – if you showed up, you were a member. Our meetings have been publicized through press releases in the Northfield News, our monthly mailing of colorful postcards, and, in the past year or so, on our website nddc.org. Everyone was invited.

The old name didn’t make sense to some degree because some of the elements of a membership meeting were lacking. We don’t have a secret hand-shake, we don’t wear special hats at our meetings and don’t have any unique rituals, beyond the fact that we eat cookies for breakfast.

We decided that we really needed a more accurately descriptive name for the monthly gatherings. We settled on the NDDC Downtown Forum. It’s brief enough to fit easily in a press release or postcard and broad enough to include the wide variety of programming that we offer the community every month.

Over the past year or so our topics have included:
The Northfield Historical Society‘s Renovation Plans
Real Estate Taxes in Historic Downtowns
Downtown Infrastructure Priorities
The Riverfront Development Process
The Mill Towns Trail Board’s Vision
Arts and Economic Development in Rural Communities
Protection of the Cannon River Watershed

The topic for the March NDDC Downtown Forum is the City of Winona, specifically, cool things that they’re doing down there that we might want to do up here. See Bardwell’s blog posting for details.

The NDDC Downtown Forum is held the first Tuesday of the month, at 8 am in the Riverview Conference Room at the Archer House. For more information, contact me at rcurrier@nddc.org. Cookies will be served. 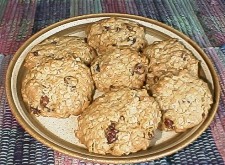