The next NDDC Downtown Forum hosts three Winona, Minnesota officials who will discuss the economic implications of art and recreation in their community. Long time City Manager Eric Sorensen and one newly elected member of the Winona City Council (a former ballet dancer)will discuss how various forms of art in the Winona area impact the economic landscape of this community. A third guest speaker, who has been influential in developing bike trails in southeastern Minnesota will address how forms of recreation benefit the local economy as well. 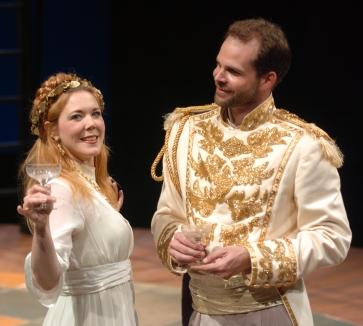 Kim Marten-Cotten and Rex Young in the 2004 production of A Midsummer Night’s Dream, one of the performances during the first annual (and highly successful) Great River Shakespeare Festival in Winona.

Stay tuned for more information about this event. There will be extended opportunity for discussion with the audience.