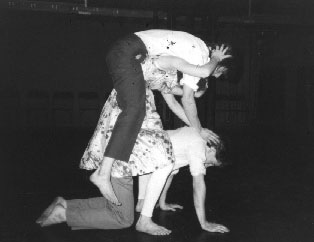 Some of you may have noticed my column in the Wednesday July 6, Northfield News. A few of you may have actually read it. In the column, I reported that there was a group of people proposing to use some of the communty’s resources to create and fund a new position, commission another study and launch a new marketing campaign in the hopes of getting greater recognition for Northfield as an Art Town. I suggested that instead of spending money on an arts administrator, an arts consultant and an arts marketer, we use the resources to support existing groups and efforts and to actually invest in our artists.

On Thursday night, this group, now known as the Coordinator Oversight Group (COG), called for the hiring of an “Art Town Coordinator”, “an independent assessment” of Northfield’s potential as a center for the arts, and to pursue an “advertising and self-promotion” campaign. The Northfield News article names a number of people apparently involved with this group.

It is indeed an impressive group, but I still think they are proposing bad ideas. I’d like to hear from the folks in the blogosphere. If you have some thoughts on the subject, attach a comment here or join the discussion on the Northfield.org Issues List: Does an Art Town need an Art Town Coordinator?