Newburyport, Massachusetts is a town with a population of 17,189. It was founded in 1764, when it broke off from Newbury to focus on the maritime economy. During the Revolutionary War, its sailing fleet worked as privateers, the vessels licensed by the Continental Congress to attack British shipping.

…and it’s got some great signs…

The Monkey’s Fist sign connects with the naval history by using this sailor’s knot in its design. 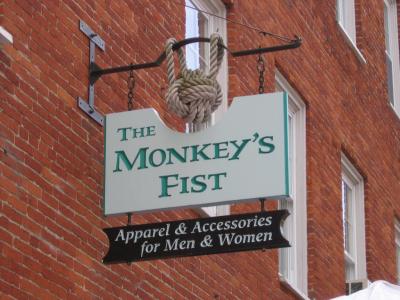 Conley’s Gold and Silver Smith uses the tools of their trade in their sign, much like it was done back in 1764. 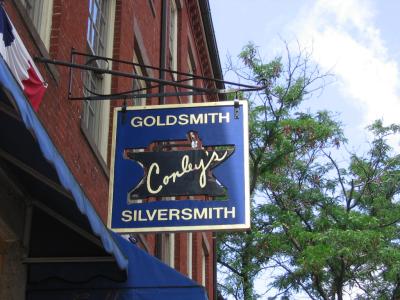 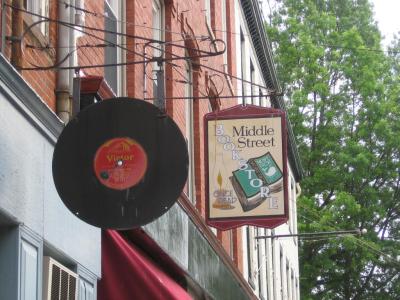 The Brass Lyon has some really nice ironwork on its sign. 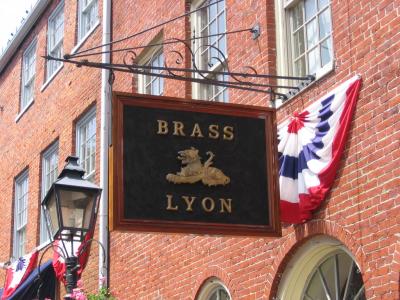 Valerie’s Gallery achieves an artful balance between the sign carving and the ironwork. 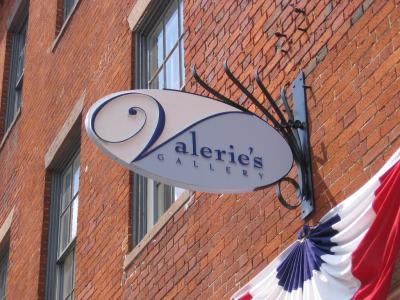 The Rockfish Grill is located down an alley and their sign catches the eyes of people passing along the main street. 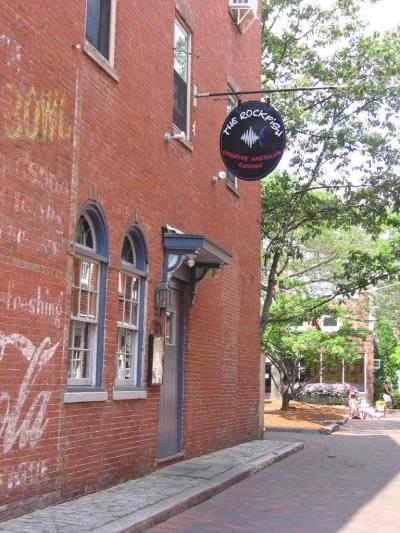 Souffles Cookware and the Optical Shoppe both use sculptural signs to communicate their offerings in a universal language. 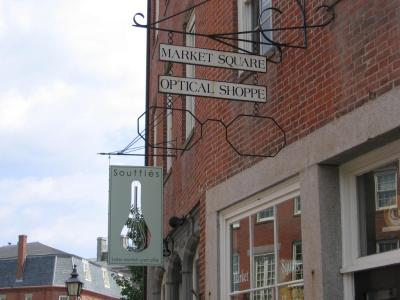 These signs represent what I dream of for our downtown; the wood is carved and the iron is shaped by true crafts people. Perhaps the sign makers could actually be considered artists. Although these signs are commissioned in hopes of stimulating business activity, they help contribute to the overall feeling of vitality and creativity of the streetscape.