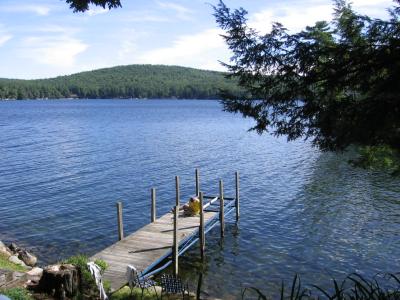 Every fall, my brothers and I travel to New Hampshire to help my parents close down the cottage for the winter, dismantling the dock, hauling out boats and putting away porch furniture. But even when I’m on “vacation”, I’ve always got my eyes open for new ideas.

In the 10/2/05 Foster’s Citizen, there is an article called “Creative Economy: New England’s futures success may depend on the arts”. I found it to be quite interesting. It goes beyond the “arts as a tourist draw” analysis and the “we need arts to attract the information workers” analysis. It argues that only with a high number of artists in your economy will you be able to compete in the businesses of the future.

Of particuar interest to me is Providence, Rhode Island. In order to attract more artists, the government is creating tax-free zones for artists and designers. Sounds like JOBZ for the arts.

More familiar was North Adams, Massachusetts. In a major investment to create artistic infrastructure, they have created the Massachusetts Museum of Contemporary Arts (or Mass MOCA), in order to attract “an infusion of artists, writers, filmmakers and others who bring new ideas, new energy, a degree of wealth and willingness to take risks”.

Perhaps there’s another potential twist to the newly formed College Board of Business Consultants. In New Haven, Connecticut, there’s an operation called “Factory Direct” where artists were placed in 13 manufacturing facilities to let them suggest new and inventive forms of problem solving.

Apparently some of the leadership in New England believes that with the region’s world-famed array of colleges and universities, they can forge new connections that will drive the creative economy. They believe that the combination of higher education, design, graphics and digital media will “make the real industry for the future”. They refer to it as the “hidden tech” economy of hundreds of small (many just one-person) start-ups formed by mid-career creative professionals that are moving out of the larger cities for quality of life. Many of these businesses have an arts base.

Sound familiar? Recognize some existing assets upon which to build? Sense an opportunity for local economic development? Apparently some people believe that a combination of intelligence and creativity can be a powerful economic stimulus.

The article Creative Economy: Region’s New Success Ticket? was written by Neal Pierce and Curtis Johnson of The Citistates Group. I urge you to check it out.