Economic development can be undermined by a variety of natural disasters, including high winds, high water, bad plans, worse implementation, autocratic administrators or listless leaders. I have always had an interest in these types of events, because I truly believe that we can learn from history.

As you know from previous blog entries, I am of the opinion that the Arts can give a boost to Economic Development. In particular, I think music can help attract the technical and artistic innovators that can create our economic future. 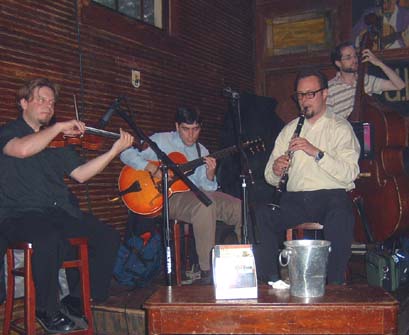 As you also know from previous blog entries, I read a lot of media. I’m always looking for the random good idea in the wide variety of words that are served up daily, monthly quarterly or annually.

And finally, as you know from my now-discontinued column in the Northfield News, I’ve got a thing for New Orleans. It has an atmosphere that makes it an attractive destination to visit and in which to spend money.

In the November-December issue of No Depression (which I obtained at Fine Groove Records in downtown Northfield), a magazine dedicated to Alt.Country (whatever that is), there was an article about the progress in rebuilding New Orleans that pulled together these various threads. I’d like to quote a segment for you:

In an office in the School of Architecture, the University of Missouri at Kansas City…

Out here on the prairie, not far from where Mike West scans the flat, dry horizon, Jacob W. Wagner has been taking a lot of phone calls. A few weeks ago he was just an anonymous young professor of urban planning at UMKC, but suddenly he’s become the target of newspaper and radio interviewers because of qualifications that have turned him into an expert of extraordinary relevance.

Wagner wrote his dissertation in urban studies just last year at the University of New Orleans. His focus was New Orleans, how it worked and threatened not to work. When he wasn’t tapping on computer keyboards or poring over library records, he was usually on his way to play mandolin at the Cigar Bar, uptown on Tchoupitoulas Street, or at any number of clubs in the Quarter where he might pick up a gig with Ricky Castrillo’s band.

It wasn’t full-time, but Wagner knew how it felt to play for tourists as well as locals. “The thing is, people in New Orleans go out to hear music,” he says, almost incredulously. “Imagine that: Americans getting up from behind their TVs, going out, and participating in this celebration of life through music!”

It says something about both Wagner and his adopted city that romance and mystery are as important as academics in his view of New Orleans. “It has a seductive allure,” he suggests. “It turns people into natives, whether they like it or not, and they begin to appreciate the decay that’s all around them. They become what Malcom Heard, at the architecture school calls ‘optimistic activists’ – people who fight for preservation and are hopeful about the future.

“That,” Wagner insists, “is what we need right now. We don’t need more Wal-Marts. We don’t need suburbanization. We don’t need builders who would build another Houston. We need people who will build new structures that respect the history and urban fabric of New Orleans. I’m talking about lot sizes, the density of neighborhoods, and the orientation toward the street. This is a walking city and a street-car city from the 19th century”.

Beyond infrastructure, Wagner believes that attitudes about housing need to be revolutionized, based on pre-20th-century practices. “We’ve abandoned the idea, in the United States, of building arts and replaced it with building in mass production,” he says. “We don’t just mass-produce automobiles and hamburgers. it’s also buildings and neighborhoods now. But that’s exactly what can’t happen in New Orleans. You have to work house by house”.

Only then, Wagner believes, is it possible for the city’s culture to revive. “The issue is street culture, which is the engine of new creativity,” he points out.

Unfortunately, street culture, like so many sources of creativity, can be messy. It lacks the tidiness, or sterility, of mass production and suburbanization. 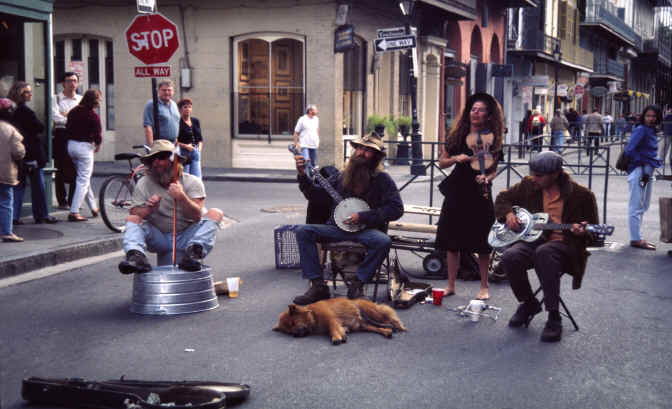 Our “Authentic Downtown” wasn’t created out of the tidiness of mass production. I’m sure, at some times and to some people, it seemed as messy as pure chaos. There might even have a few folks who wanted to hire out-of-town consultants to produce a plan where all the light poles were matching and all the sidewalks were paved with decorative masonry products.

Fortunately for us, at least those of us who love our authentic downtown, those technical and artistic innovators that created Northfield, also known as entrepreneurs, had ideas of their own. In the three-year period that we’ve managed to produce a Streetscape Plan, they built the Bjoraker Building, the Scofield Building and the Scriver Building, works of art, at least in my mind, that continue to inspire people over a hundred years later.

The technical and artisitc innovators that can create our economic future are not inspired by Wal-Mart, suburbs or Houston. They are inspired by the Cigar Bar, dynamic downtowns and New Orleans. If we wish to jump-start our economic development, our “Investment Document” should be guided by the innovators’ inspirations.