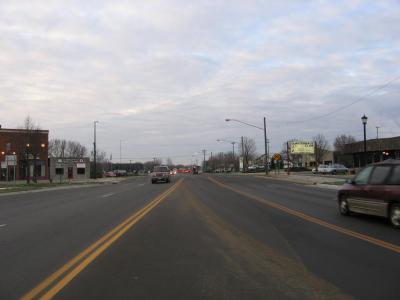 At the November 17th EDA Meeting, consultant John Slack presented his findings on the potential development of the so-called “Q Block“. He told the group that one of the ways that he got a sense of the iimportant issues was to read the various community blogs. EDA Member Rick Estenson said, “If you read the blogs, you must be aware of the discussion on the possibility of a traffic light at 3rd and 3. Do you have an opinion on that light?”

John Slack then spent nearly 15 minutes discussing the importance of installing a traffic light at that location. He cited economic development, the connection of the Westside neighborhoods with downtown, the improvement of east-west transportation and pedestrian safety.

He described a similar situation in downtown Minneapolis where a new residential neighborhood had been created and the people wanted a traffic light installed. At first, MNDOT resisted, 1500 e-mails later, they installed the light…on their dime.

He concluded by saying, “You can talk all you want about pedestrian friendly but unless you actually do something, that’s all it is…talk”.