In today’s (11/25/05) Star Tribune there were several entries that caught my attention. They all fell into the rather loose category of “Good Ideas from Other Places”.

First, there was the story about the Liquor Pigs playing a Happy Hour gig at the Viking Bar. Having worked a couple of jobs on, and thoroughly investigated the night life of, the West Bank of Minneapolis for almost ten years, there’s a soft spot in my heart for that neighborhood. In fact, I’ll have to head down to the Fine Groove and ask Brian to order me a copy of their new release, Last Album. Any album with a tune named “Jesus at Palmer’s”, where Spider John Koerner bartended for years, is, at least in my opinion, worth checking out. 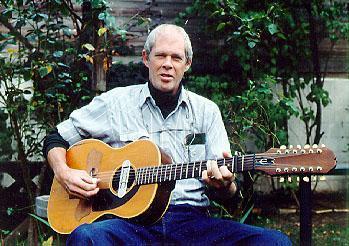 But that’s not why I bring it up. It’s the concept of the Happy Hour gig that caught my attention. My friend, fellow musician and brother-in-law twice-removed(?) Jon Bjork raised the idea to me a few weeks ago. He pointed out that as many of us get well north of thirty, those shows that start at nine or ten and go ’til midnight or so get to be a bit of a challenge. Sure, there’s the thrill of now and then going out to prove that you’ve still got it in you but more often than not, it wouldn’t be a bad thing to pop in to a local establishment, say hello to a few friends, grab a beverage and hear a few tunes…and be home with the better part of the evening yet in front of you. That five to seven show is an idea that I think is worth pursuing.

And speaking of “third places”, those gathering spots other than home or workplace where community is built, there was a mention of a Hurricane Relief Benefit concert at the Cedar Cultural Center. It is a cool collaboration between local musicians, a local restaurant and a local music venue. Although I’ll admit that familiar names Butch Thompson, New Riverside Ramblers and Willie Murphy caught my eye, it was another reminder of this old movie theatre being turned into a community resource.

My friend, fellow community developer and Zen Master, Bardwell Smith and I have set up the Ad Hoc Coffee Klatch to Save the Social Life of 20-Somethings (and Older) from Cultural Dearth and Despair and thus Promote Economic Vitality throughout Our Beloved Town. Don’t be intimidated by the impressive name, it’s an informal group that seeks to get greater leverage out of existing assets.

The idea is to pump a little more excitement into our community through casual conversation about and low-key encouragement of additional programming on so-called “dark nights” downtown. Although we’ve really only held one official meeting, ideas already generated include “Tuesday Night Films” (one guess who’s idea it was for this night’s theme), “Wednesday Night Dinner Theater or Comedy Cabaret” (Bardwell and I have yet to find consensus on this night’s programming theme) and “The Thursday Night Klub Krawl featuring Regional Heavy-weights on their Slow Nights” (we’re still working on a catchier title). As you might guess, one of my first goals is to have Spider John Koerner play in town.

Koerner, Ray and Glover back in the Sixties

Then there was a, in my opinion, brilliant Guest Column by a Shop Owner about the effect of seemingly small decisions on both the local and world economies by “contributing to the economic flow”. Referencing George Bailey in “It’s A Wonderful LIfe”, she describes her philosophy:

I believe that even the smallest actions, practiced often, make things flow. It means leaving an extra dollar or two when tipping a waitress, it means buying the tree at the lot down the street, it means balancing trips to the big box superstores with visits to charming neighborhood stores are are owned by small-business people like me.

By the way, I hope someone has informed the Press Police that the Strib has committed an apparently unnatural act of allowing a nonprofessional to write a column instead of a letter to the editor. As we Northfielders can attest, if you give those mere citizens a chance to express their opinions in such an official capacity, soon they’ll start expecting it as a basic right in a free society.

Finally, since I’ve been completely turned into Barbara Flannigan by this exercise, how about creating a ice skating rink on Ames Mill Park. I know that some folks have rejected what I believe to be a Brilliant Idea by Mary Rossing to create the Cereal Bowl Bandshell and Giant Cow Icon in this park because for one week out of the year we have out-of-town carneys come to set up rides on this city-owned land. However, the carneys aren’t here in the winter so why not get more use of that park than a toilet for geese. Perhaps we could give an additional boost to our economic development plan by stimulating the sales at both Village on the Cannon and The Crossing to Retired Lutheran Ministers who Used to Play Hockey by the creation of the downtown skating rink.

…and did you know that Spider John Koerner had a reputation on the West Bank for being a darn good hockey player in the pick-up games down at Riverside Park on the West Bank? (Better get the official fact-checkers looking into that statement.) Yet another opportunity for celebrating our rich and varied culture here in the North Star State.

Oh my, I’m well over 800 words…time to go. Look for another self-indulgent blog entry, coming soon, this time on fascinating facts about the two finalists for the City Administrator job gleaned by my service on the Citizens’ Interview Group.