While doing research for a recent project (more on that later), I discovered something of interest to me. I thought it might be of interest to you too.

According Clifford Clark, Professor of History at Carleton College, in his outstanding essay “Evolution of a Community” in the book Northfield: The History and Architecture of a Community, John North graduated from Wesleyan University in Middletown, Connecticut. As some of you may remember from a previous blog entry, I, too, am a graduate of Wesleyan. 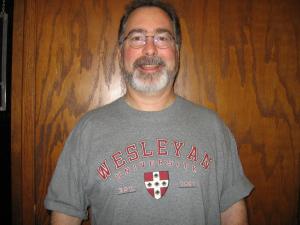 Commenting on North, Clark says that “at Wesleyan, he was swept up in the abolitionist crusade and became an agent for the Connecticut Anti-Slavery Society, traveling through New England and lecturing against slavery.” Clark goes on to say that North moved to this area of Minnesota motivated by “his hope to establish a new community whose citizens would share his commitment to education, abolitionism, evangelical religion and temperance”.

According to Clark, “one of North’s earliest actions was to found Northfield’s first civic organization, the Northfield Lyceum Society”. The purpose of the Society was to create “an association for the purpose of establishing a Reading Room, Circulating Library, and Debating Society”.

So for those who complain of Northfield’s tendencies toward education, human rights, moral activism and spirited debate, you’re in the wrong town. Those aspects of our community have been part of this town from its very beginnings — intentionally.