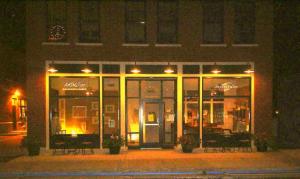 Conflicting ordinance provisions exist today in the C-1 zoning district (downtown) on the topics of density and parking. The Public Hearing is to resolve these conflicts.

On the topic of density, one provision puts no limit on density and the other says that it should be the same as R-5 (a residential zoning district). The result of limiting the density as in R-5 would be that most buildings in downtown would only be allowed to have two residential units.

On the topic of parking, one provision says that there are no parking requirements for housing units in downtown; the other says that each housing unit should have two parking spaces. If the more restrictive requirement had been enforced, the Kjerland Building and the Larson’s Printing Expansion on the west side would not have been allowed. 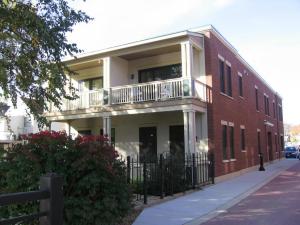 In fact, in addition to having no parking spaces, those two building projects have “too many” units by more restrictive density limit.

City staff has researched 8 other communities in Minnesota. None of them have density limits in their downtowns and only 3 of the 8 have parking requirements.

The downtown is our urban area: at 1 pm parking can be tight, but at 1 am there are usually plenty of available spaces. Downtown offers tremendous potential for economic development, attracting the creative class and assuring a vital future for our community. Expansion and redevelopment should not be undermined by density limits or parking requirements.

Furthermore, density limitations and parking requirements dramatically increase the cost of housing, easily adding more than $25,000 ($15,000 per parking stall and $10,000 to $20,000 for land acquisition cost) or more to the cost of a housing unit. This increase puts housing out of reach out of much of our workforce.

Interested persons may speak to these topics by attending the hearings. City Hall is located at 801 Washington Street.