I’m not sure why, but when I think about the past year, what comes to my mind first surprises me. I think of those people that have passed on. 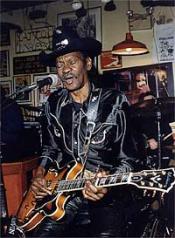 The first folks I think about are the musicians. Regular readers of this blog know that I enjoy putting images of the famous and almost famous artists into my entries in order to “lively up” the page. Pictured above are R. L. Burnside, Vassar Clements and “Gatemouth” Brown.

R. L. Burnside was a “Bluesman”. He enjoyed some success with the traditional style during the folk boom of the late fifites and early sixties but then experienced a dramatic resurgence when he mixed the drone-like blues style of his home in the Mississippi hill country with the emerging hip-hop beat. Although some “purists” criticized his occasional use of electronic drums, it was hard to dismiss someone who had been performing since World War II. He was a source of inspiration to more recently recognized acts such as the North Mississippi All-Stars.

Vassar Clements was a fiddle player. He pretty much played with everybody who was anybody, including Earl Scruggs, Jerry Garcia, Paul McCartney, John Hartford, and, in a break-through collaboration between the old and the new, The Nitty Gritty Dirt Band on their seminal Will the Circle be Unbroken. He was often described as playing “Hillbilly Jazz”. In fact, he made a huge contribution to keeping traditional music fresh and meaningful to new and emerging audiences.

Clarence “Gatemouth” Brown worked with the roots of both African-American and European-American Folk. Brown was born in Vinton, Louisiana, and was raised not far from the Gulf Coast in Orange, Texas. He learned guitar and fiddle from his father who played and sang the tunes of the region, including French traditional songs and even German polkas. During his long career, Gatemouth played Bayou Blues, Texas Swing and American Rock, among other things, while influencing artists from California to England.

All three of these artists started with their local roots music, expanded into regionally popular styles and eventually had a substantial impact on american music. They retained their individual distinctiveness even while becoming part of the national melting-pot or, as musicians prefer, added ingredients to the musical gumbo. 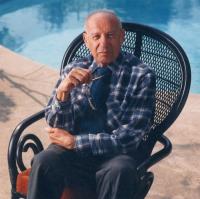 Next on my list is Peter Drucker. While growing up, I always remember my father’s copy of Drucker’s Management: Tasks, Responsibilities, Practices on the shelf of our house. While part of the workers’ collective at the New Riverside Cafe in Minneapolis, I bought my own copy and read it. It inspired me to earn my MBA at the College of St. Thomas in St. Paul.

Drucker was born in Vienna. He fled to the United States in 1937 after writing articles critical of the Nazis. Drucker wrote over 40 books, mostly on management but also a few on Japanese painting.

A number of Drucker’s ideas have been of great interest to me. These include a desire to make everything as simple as possible (Drucker believed organization and individuals should focus on their core competencies), a belief that too many of our leaders are backwards-looking (Drucker believed that our corporations and governments have a natural human tendency to cling to “yesterday’s successes” rather than seeing when they are no longer useful), a true understanding of scientific management (Drucker believed that work can be broken down, analyzed, and improved, most effectively by those actually performing this work), and the recognition of the need for community (Drucker believed that corporations should strive to meet individuals’ social needs, although he later suggested that volunteering in the non-profit sector might be the key to community).

Drucker also argued that individuals’ participation in organizations would, and should, be guided by their individual ethics. This was in opposition to the concept, popular in the 1980s, that individuals could “leave their ethics at the door” when joining a corporation. 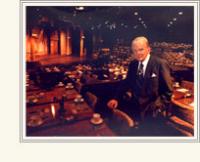 I only learned about the final person on my list through his obituary. His accomplishments were fascinating to me. Herb Bloomberg was a successful businessman who decided to try to stimulate local economic development through the arts.

Bloomberg built a new home for Excelsior’s Old Log Theatre in 1960. As I know from my own experiences in the “wilds” of New England, these often eccentric little theaters brought cultural experiences to communities that would have otherwise gone without and enriched the lives of those living out “in the middle of nowhere”.

In 1968, he designed and built what was then known as the “Chanhassen Frontier”. Bloomberg continuously expanded the renamed Chanhassen Dinner Theatres, adding stages in 1970, 1974 and 1978. The facility now operates three stages serving nearly 250,000 patrons a year. What began as an effort to preserve part of the community’s cultural fabric grew into a big business.

All of these people were what I would call Creative Professionals. All of them were innovators and all of them made significant contributions to our society. All of them inspired me and, I hope, can be inspiring to others.