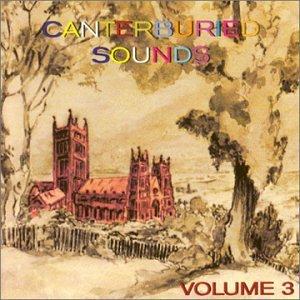 Canterbury is a historic cathedral town in southeast England. As the starting point for Chaucer’s fictional pilgrimage, true site of Roman mosaics and allegedly the site of many a ghost, the town has a thriving tourist industry. In recent years, however, the community has sought to attract a different and younger crowd and their promotional efforts have gone into newer vehicles.

As people began to talk about, search for, and try to attract the Creative Class in the 1990s, people in Canterbury realized the potentially powerful lure of a history of fostering creativity in the community. A four-volume CD of early recordings of the garage bands that helped hone the chops of local musicians who then moved on to bigger and better things was created. It was called “Canterburied Sounds”. Although the sound quality of these old reel-to-reel tapes was quite poor, it added to the aura surrounding this community.

In the summer of 2000, the first Canterbury Sound Festival was held. The three day festival attracted people from all over England and Europe. Canterbury increasingly was perceived as being hip and therefore attractive to 20 somethings.

I have heard ancient lore of a Jesse James Music Festival. It is my understanding that many of the musicians that participated in the event, most of them local, went on to participate in great things, regionally and nationally.

Let’s assemble the old tapes and burn the CD.

Note: Background information for this entry came from an article titled “New Tales from Canterbury: The Making of a Virtual Scene” by Andy Bennett in the book Music Scenes edited by Bennett ad Peterson.