In Wednesday’s (December 7th) Strib, there was an editorial that is of great interest to friends of our historic downtown.

The editorial focuses on a state tax credit to supplement the federal tax credit that offers financial support for historic preservation. Minnesota is one of only 10 states without such a tax credit. I worked on a project in Missouri (a state which has such a credit) that converted a historic hotel building into affordable housing. The state tax credit more than doubled the private equity that was invested in the project. 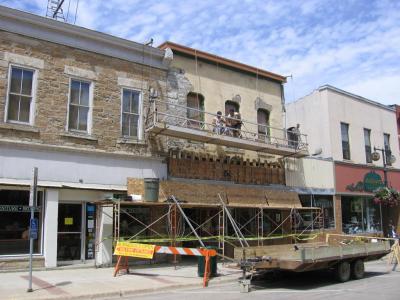 Northfield has been fortunate that property owners have been willing to invest in downtown over the past few years. But if you ask them about their decisions, they’ll tell you that it’s more from the heart than the head. Additional financial support for such projects would greatly improve the economics.

However, that’s not my favorite part of the editiorial. Here’s the quote that made me smile:

This is also an issue of economic competition. The best jobs and brightest people won’t be drawn to the cities with the longest strips of discount stores and soulless office parks. People want authenticity, a true sense of place.

From the very beginning of the NDDC, back in 2000, we have been advocating that our historic downtown is one of the keys to our community’s economic future. TIP Strategies, the economic development consultants from Texas, repeated this claim, citing our “authentic downtown” as one of the community’s four strengths. They expanded on this theme in their November 2005 draft report saying:

The relationship between creative individuals and the options they can exercise over where they live allow for some very clear opportunities. None is greater than what can be achieved through downtown development.

For those of you who regularly read my blog, you know that it’s a theme that I’ve been raising for quite some time. The NDDC has been encouraging the development of the local music scene as a way to enhance the lives our our 20-somethings, we’ve shared stories of other communities that have invested in their downtown to attract the creative workers that will bring the economic development of the future, and urged the creation of additional “third places” that will add the the economic vitality of our community.

I know that there are some people in our community that consider the Star Tribune to be a bit too left of center for their tastes, calling it the Star and Sickle, but I hope that at least 51% of Northfielders agree with Wednesday’s editorial and will support a boost for preserving the past. Our future depends on it.