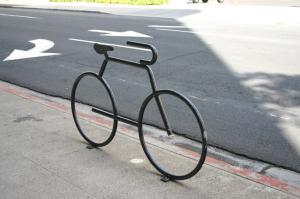 Back in 2000, when the NDDC was started by Northfield residents Bardwell Smith, Keith Covey, Brett Reese and Jim Braucher (assisted by Dave Lyon), a number of downtown models from around the country were researched and evaluated. The one that has most consistently provided guidance for the organization is the National Trust for Historic Preservation’s Mainstreet Program.

The Mainstreet Program has a four point approach to downtown vitality. The points are:

1) Organzation: getting everybody working together in the pursuit of common goals.

2) Promotion: creating a positive image in the area to encourage people to live, work, shop, play and invest in the downtown district.

3) Design: fostering good design and maintenance practices in the downtown district, enhancing the physical appearance of the district by rehabilitating historic buildings and public spaces, encouraging appropriate new construction, and developing sensitive and responsive management systems for the area.

4) Economic Restructuring: building on a community’s existing economic assets while expanding and diversifying its economic base to increase overall vitality.

The creation of the NDDC was a major step forward in addressing the first point. Increasingly over the past few years, the NDDC, working alone and in collaboration, has helped bring about increased efforts on the second point. Efforts on restructuring the Downtown Revolving Loan Fund and pursuit of CDBG grants for historic structures has brought attention to our existing assets and may have helped spur a recent surge in private investment in downtown, while recent support from the Southern Minnesota Initiative Fund, the Economic Development Authority and the College Board of Business Consultants has gotten us off to a good start on the the recruitment of a more diversified mix downtown, these represent the two parts of the fourth point.

It is the NDDC’s pursuit of the third point that has seemed to produce the most sparks.

As some of you know, the NDDC’s Action Squad conducted a physical survey of downtown elements in 2002 and in 2003 presented their findings, along with recommendations, to the Historic Preservation Commission and the City Council. We were subsequently told by the former city administrator that it was “none of our business” and that it was “staff’s job”. I guess we weren’t supposed to bother our pretty little heads about this subject.

We figured that the National Trust had been founded in 1949, has worked in all 50 states and has helped set up mainstreet programs in 1600 cities across the country and might have learned a few lessons over the years. We continued to include all four points in our thoughts and efforts.

The core disagreement between the NDDC and some members of the city staff on the downtown capital investment seems to revolve around whether you view the goal of design to be to create some kind of theme park for suburban tourists or, as Catherine Domingues of Blue Monday put it, build “a seven-day-a-week working downtown”. The NDDC is more in agreement with Catherine, which is not too surprising, since she’s an NDDC stakeholder.

As a result of this differing goal, the NDDC has prioritized parking over pavers, bike racks over bump-outs, and curb repair over “whimsical elements”. We have also won many supporters and a few antagonists.

Most of you know that in the first year of tax increment fund investment in downtown projects, we got pavers. They are very nice. The second year, we got a truly exceptional water fountain in bridge square and an impressive streetscape plan. We also got the first of what promise to be many fine benches. In the third year, we’re apparently going to get parking lot screening and signage, which will hopefully help us to get more leverage out of our existing parking downtown.

I’m not even going to say anything about bike racks and newspaper box corrals. Instead, I’m going to ask you, the reader, to think about the two visions of the future for downtown, the tourist destination and the working downtown.

I certainly won’t argue against attracting more visitors to Northfield. A sale is a sale no matter what zip code the credit card bill calls home. However, I think that pursuing different visions leads to making different decisions and produces different results. Quite honestly, to oversimplify, I think the former vision looks good and the latter vision works well.

To illustrate the difference with a completely fictious example, if you were pursuing the vision of a tourist destination, you’d spend $500,000 on the sidewalk around the historic society, creating a period vignette full of whimsical elements. On the other hand, if you were interested in a working downtown, you’d spend the half million dollars on a major curb and sidewalk repair project throughout the entire downtown district.

I’m not suggesting that building a period vignette for the historic society is bad thing or even a poor investment over the long term. However, I am suggesting that if the ultimate, overarching goal for downtown is economic vitality, your vision for its future would be a seven-day-a-week working downtown and your investment priorities would be less whimical and more practical.

I’d like to see the list of recommended priorities that would be developed by a Mayor’s Taskforce that was peopled entirely with downtown building and business owners. As a starting point for discussion, It would be at least as valid as a consultant’s streetscape plan.