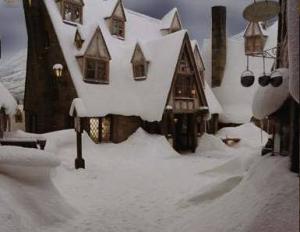 The concern about the coming “quieter times” in downtown after the holidays and the desire to create somewhat regular and predictable “happenings” in the district (as in “there’s always something happening downtown”) has made me think of the wonderful collaboration between The Art Store, River City Books, The Contented Cow and ArtOrg for the release of the most recent Harry Potter Book.

Admittedly, the book had at least something to do with the lines of eight-year-old boys and their parents on the sidewalks of downtown. However, I’m thinking that we can learn something from this experiment. The lesson that has bubbled up in my somewhat crusty brain is that it takes three to party.

The thought is that if you have a retailer, a restaurant and a cultural organization get together around a theme, there’s a party going on in downtown.

In light of the “orphaning” of the programming on Bridge Square for Thursday nights in the Summer, there have been discussions about trying to get a relatively dynamic happening every Thursday. In fact, people have suggested that the ultimate goal is some kind of event every Tuesday and Wednesday night too.

However, everything takes time, energy and other resources. A couple people have suggested that maybe we should start with Third Thursdays and build from there.

So I guess I’m trolling for three organizations (a retailer, a restaurant and a cultural organization) to volunteer and come up with a unifying theme for January 19th. Let me know how we can help.

Thanks much and Happy Holidays.