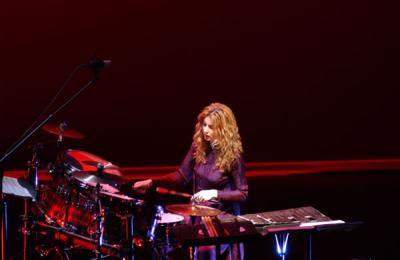 This past Sunday afternoon I drove up to the Bell Auditorium on the East Bank of the University of Minnesota in Minneapolis. The Bell Auditorium bills itself as “The Nation’s First Dedicated Non-Fiction Screen”. That’s knowing your niche.

I planned to see “Be Here to Love Me: A Film About Townes Van Zandt”. Townes was a somewhat obscure but highly influential Texas troubadour. His songs have been covered by numerous musicians, including Willie Nelson, Emmylou Harris, Steve Earle, and the Be Good Tanyas.

Although the Bell Auditorium website and Minnesota Film Arts calendar promised Townes, when the film was introduced, it was “Touch the Sound”, a documentary about Evelyn Glennie, one of the world’s foremost classical percussionists, who happens to be profoundly deaf.

I raised my hand and asked, “What about Townes Van Zandt?” The host answered, “That’s next weekend…I’ll give you your money back if you want”.

Well, I’d driven the hour to The Cities and already paid for my parking. I figured I’d sit for a while and check it out.

I was glad I stayed.

In case you don’t know the story, Evelyn was an aspiring musician when she started to go deaf at age 8. At age 11, she had almost completely lost her hearing and was given hearing aids. At age 12, she found that could hear better without using her ears, so she threw away the hearing aids. She believes that most people are limited by only hearing through their ears. She hears through her entire body.

It was a really cool film. Evelyn played solo snare drum in Grand Central Station, with a Gamelan orchestra, with a guitarist in an abandoned factory, with a jazz group in a Tokyo cafe and to ghosts in a Scottish castle. Most amazing to me was when she played in the studio of Kodo, a internationally renowned group of Japanese drummers. Here’s a group of percussionists scattered around a huge space, playing all sorts of different percussion instruments, and this deaf drummer is jamming with them in a totally shared groove!

Way cool…and it made me think of Bardwell…and not just because of the Japanese thing.

You see, Bardwell Smith (one of the founders of the NDDC and currently a board member) has been on this kick to get a film arts society going in Northfield. We’d bring in films that folks probably wouldn’t otherwise see and their lives would be enriched by the experience.

Just like my life was suddenly and unexpectedly enriched on a Sunday afternoon by watching this deaf gal jam with the Japanese guys.

Okay Bardwell, now I get it.