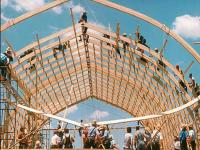 I often get asked by people how they can help the NDDC support Downtown Northfield. I generally tell them to just show up and start getting involved.

Okay, I’ll admit that it helps to supply a little more information. Here’s what’s on the immediate horizon.

On Tuesday, April 18th, it’s the Arts, Recreation and Culture Committee, a four-plus year collaboration between the Arts Guild and the NDDC. The committee is currently chaired by Bardwell Smith, so I’m just doing my best to guess at the agenda but I’m thinking ArtSwirl, ArtsPlan, “ArtsBuilding” and Vintage Band Festival. It’s 9:30 am at the Arts Guild.

On Wednesday, April 19th, it’s the E. R. Team, the NDDC’s hardest working group of downtown stakeholders. Officially titled the Expansion and Redevelopment Committee, this motley crew has been meeting every week for four years. The committee’s chair, and host, is Joe Grundhoefer, and I’ll bet the topics will include a 1306 post-mortem, next steps on the Q Block, and the work plan for the Downtown Management District. It’s 8 am at the Rueb.

The next day (April 20th) is Third Thursday and this month it’s the Northfield Documentary Festival. We’re featuring an evening of short films and much socializing. It’s a great opportunity to network, get some culture, and, as an NDDC board member (who wishes to remain anonymous) says “You can get entertainment, some munchies and a drink for less than ten dollars and be home by 10…it’s the perfect date”. That’s 7 to 9 pm at the Grand.

For thrills that appeal especially to downtown building and business owners, it’s the Block Head Gathering. This is a quarterly coming together of the folks that another NDDC board member (who will remain anonymous) says “have skin in the game”. The agenda for this gathering includes Howard Merriam on the Library Plaza, John Mathern on the Bridge Square Condos and Heidi Hamilton on this summer’s Highway 3 construction…the unifying theme being the impact of construction projects on access to and in downtown Northfield. The Gathering, focused on downtown building and business owners, is Wednesday, April 26th, 8 am at the Rueb.

Finally, just to give you an early “heads-up”, the NDDC is hosting another Downtown Mixer. It’ll be the first week of May but there’s still some discussion going on about which day would be best. Hey, weigh in on that one with your opinion. In socializing, timing is everything.