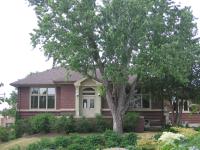 Northfield’s Public Library was born of the private collection of the Northfield Lyceum Society, organized in 1856 by John North as “an association for the purpose of establishing a Reading Room, Circulating Library, and Debating Society…” The Lyceum’s book collection was transferred to the City of Northfield in 1878.

Northfield shared the nation’s economic prosperity over the next three decades. In his “Evolution of a Community”, Clifford Clark cites the Northfield News’ summary of the progress of this time. The population had grown to 3,600, not including the 501 students at Carleton and the 601 students at St. Olaf. Besides the educational institutions, the town’s other major employers were two creameries, a knitting factory, a factory that produced sheet metal road culverts, a seed and nursery company, two printing presses and the Ames flour mill. The town also had nine churches, a Carnegie Library, an Odd Fellow Home for the elderly and orphans, three banks, and service by four railroads, with freight delivery and twenty-six passenger trains daily.

It is notable that in the dozen or so things mentioned by the News as signs of progress, the Carnegie Library is prominently included. Few other developments represented the availability of free learning opportunities and the continuance of culture in a community more than the Carnegie Library.

The Carnegie Library was renovated and enlarged in 1984. The project included an 8,000 square foot expansion and retrofitting accessibility. The architect was Steve Edwins of SMSQ. In a Northfield News article of the time, the project architect assured the community that all work would be in keeping with the Carnegie building’s “Prairie Style” architecture. The 1984 project successfully expanded the library’s space while preserving the building’s architecture.

In less than four years, Northfield’s Carnegie Library will celebrate its Centennial. Let’s make sure that the upcoming library expansion project follows the path of the 1984 project by preparing for the future while respecting the past. It only seems right to celebrate the hundred years of service to the community in the Carnegie Library.