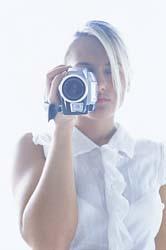 The partnership between the NDDC and the City of Northfield known as ArtsPlan06 is already stimulating economic development. On Tuesday of this week, I talked with local creative class members who want to open a new business in Northfield, they had just signed a lease on a space in downtown, and then I got a call from someone who wants to relocate their business to Northfield from the Twin Cities; they’re coming down next week to look for space.

Both entities were motivated in part by hearing about the ArtsPlan06 efforts. They believe that this work indicates that there is city and community support for the creative sector of the economy in Northfield.

Then there was an article in Wednesday’s Strib South that mentioned ArtsPlan06. Since its publication, I’ve already gotten two messages on the NDDC “contact us” function inquiring about potential business development in Northfield…again based, in part, on ArtsPlan’06.

I guess these responses not only support the theory that the arts can be a key to future economic development in Northfield but remind us of the importance of groups working together to achieve common goals.