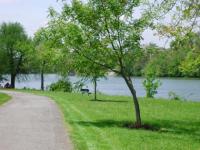 The City of Northfield will host a public open house on the proposed Greenway Corridor Action Plan this Wednesday, November 1, 5-7 pm at the Northfield City Hall, 801 Washington Street.

This is a long-discussed plan that would be a major step toward improving nonmotorized transportation in our area. It would create interconnected bike/pedestrian paths in a park-like setting – thus the term “greenway” – all around Northfield and into surrounding communities.

One priority is to create a corridor along the east side of the Cannon River from Northfield to Dundas, a “central spine” from which a number of recreational loops will be created.