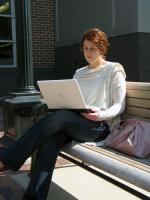 …and at least send out some smoke signals to the rest of the world.

Wabasha is the latest on a growing list. The list is of Minnesota communities that have high speed internet and/or wi-fi service. The local leaders congratulate everyone on a job well done while announcing that it’s already spurring economic development and the report in a major newspaper is at least a recognition that it’s catching someone’s attention and maybe even helping to grow the tax base.

At first the names were added to this list of communities month by month. Lately it seems that the list is growing by the week. Last week it was Burnsville, Apple Valley, Rosemont, Lakeville and Farmington. We can hope that Northfield won’t get left behind.

The colleges brought a fiber spine to Northfield that provides an internet pipeline of a speed that is not exceeded by anything on the face of the earth. Long ago it was announced by a panel of experts at an NDDC Monthly Forum that downtown could become a wireless district for maybe as little as $30,000. It is within our reach to create an environment for professionals that compares favorably with almost any place in the Upper Midwest.

For a relatively few dollars and a collaboration between the community and the colleges, we could implement a plan that could provide a substantial economic boost. The EDA has set up a task force to meet with the colleges; they’ve met once and they’re going to meet again. We can only hope that at least a few of our leaders are working for some quick results. To say that it would be a lost opportunity if Northfield fails to get this technological infrastructure in place would be an understatement.