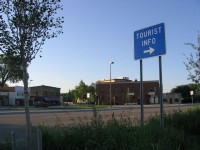 At a recent City Council meeting, in the context of considering sites for a new liquor store, the members asked, “Where is Downtown?”. Apparently the City Administrator suggested that they ask the Economic Development Authority.

Passing up the opportunity to comment on the somewhat humorous irony in this situation, I will instead offer the definition that the Northfield Downtown Development Corporation has been consistently using for the last five years…the C1 and C2 Zoning Districts.

Although some might argue to specify the downtown more based on architectural features, focusing more on multi-story buildings with near zero setbacks, perhaps defining it more along the lines of the historic district, the NDDC has thought of it as the Central Business District. In addition to being the heart of our community, downtown is the center of our commercial activity.

Of course, as far as the liquor store location is concerned, we believe that it is a key component of downtown’s commercial vitality. We’re advocating to keep it that way.

4 thoughts on “Where Is Downtown?”