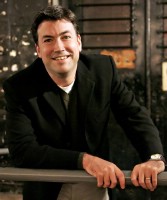 A few weeks ago, I was invited over to hear a presentation on the latest conceptual plans for what most Northfielders call the old middle school and Carleton College has been visualizing as a center for the arts.

Let me immediately make clear that the plans are far from carved in stone. Carleton’s first hope was to put all the arts, including musical, performing and visual, into the complex. However, they soon realized that it wouldn’t all fit so now it is being considered for cinema, dance, theater, literary and visual arts. When Carleton first presented their very preliminary ideas to the Planning Commission, about two years ago, the project was priced at $40 million. It has now been divided into two phases and the total estimated cost has doubled.

I have always been and continue to be very excited by this project. Carleton College is planning to invest tens of millions of dollars a half block from Downtown, just up the hill from the Historic Carnegie Library and the Grand Event Center, not far from the Northfield Arts Guild and the Northfield Historical Society as well as several privately owned art galleries. As Philip Spensley, Chair of the Northfield Arts Commission, has been suggesting for about two years, we have many of the pieces in place for a significant Arts and Culture District.

Carleton intends to create a higher education arts center that earns national recognition. I think that it is good for Carleton, good for Downtown, and good for Northfield.

While at the meeting, I got the opportunity to meet Steve Richardson, Carleton class of ’86. Steve is the new Director of the Arts and has a leadership role in the conceptualization of the art center. Carleton is working hard to reach out to the community through the arts and Steve, in my opinion, is well qualified for pursuing this goal. Steve has been at the Theatre de la Jeune Lune for the past 17 years, including the last 12 as Producing Director, for which he won the 2005 Tony Award for outstanding regional theater.

The entire Northfield community has an opportunity to see, hear, and, maybe, meet all that I did recently. Tomorrow (Wednesday, December 12th) evening, Carleton is hosting a community-wide gathering to provide interested folks updates on their plans for the art center as well as a new residence hall. The meeting will take place from 6 to 7:30 pm in Boliou Hall, room 104. All are welcome.