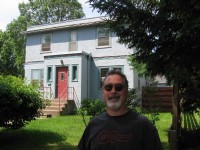 Earlier this week, I attended a brain-storming session with the Convention and Visitors Bureau (CVB). The focus was on identifying as many visitor-attracting assets as possible, particularly those beyond the “usual suspects”.

Everyone was asked to name a local attraction for visitors and encouraged to stretch their minds a bit. Folks came up with a number of items, and I’ll categorize them generally as natural beauty, recreational opportunities, historic sites (and stories), arts and culture, or food and shopping.

Hayes Scriven, Northfield Historical Society executive director and, finally, member of the CVB board, reminded us, as he always does, that you need a package of ten of these attractions to encourage visitors to spend the night in Northfield. I thought about my own experience as a visitor.

My wife and I checked out Hibbing for our 25th wedding anniversary. Admittedly, we’re pretty big fans of Bob Dylan. However, even for those who might not appreciate his music, there’s a lot to do in that far northern town.

Here I am in front of the house in which Bob lived until he graduated from high school. I had recently read a biography of Bob and located the site on our way into town. The Chamber of Commerce was our next stop, they sponsor the annual Dylan Days, and we picked up their “Short & Unauthorized Tale of Bob Dylan’s Life in Hibbing”. They also had a number of cool posters from Dylan Days.

We then headed over to the public library and checked out the exhibit of historic Bob memorabilia. The library also had maps of the Bob Dylan Walk. By the way, Hibbing’s downtown is very walkable. We checked on the impressive Androy Hotel, site of Bob’s Bar Mitzvah, and the spectacular 1923 Hibbing High School, just outside the central business district, from which Bob graduated, with 424 others, in 1959.

Then we did the shopping thing (passing by the Agudeth Achim Synagogue on the way) including Rupar Music (formerly Crippa Music) where Bob heard all the latest releases and I admired the guitars, and the St. Vincent de Paul, where we found some overalls for our youngest daughter. We were aided in our purchasing excursion by the Downtown Hibbing Shopping Guide, sponsored by the Downtown Merchants Association.

Then it was time for a late lunch. We, of course, ate at Zimmy’s, surrounded by images of Bob.

That’s only nine things; I had to be at a meeting the next morning and so our exploration was cut short. However, on the way out of town, we swung by North Hibbing and saw the mine that was once the location of the original town of Hibbing and Bob’s home. Then we bought gas and hit the highway.

So Hayes is right, it takes ten things, and enough vacation days, to get folks to spend the night. If you’ve got some ideas of things to be included in Northfield’s package, swing into the Historic Society and mention them to Hayes.

Tell him Ross sent you.