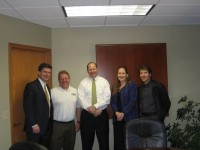 On Thursday, April 9th, members of the NDDC Board of Directors conducted the board visits to downtown businesses. The visiting team consisted of Julie Bixby, Greg Kneser, Mark Quinnell, and Rob Schanilec, joined later in the tour by Joe Grundhoefer.

The businesses range from a relatively new start-up to a business that has been operating for thirty years. 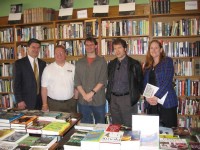 They include a growing service provider, a retailer who has a significant on-line business, and a popular local restaurant.

All three expressed great satisfaction with Northfield in general and downtown in particular. Their concerns varied from business to business: one is having trouble finding affordable space for expansion, one wishes that there were more feet-on-the-street and that residents were more committed to shopping locally, and one is concerned about the number of new competitors being brought to the market. 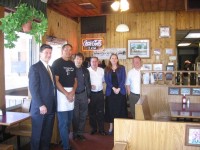 The Board Visits are an on-going, quarterly program of the NDDC. It is a very popular program with the board members. In fact, it was ranked as one of our top priorities for 2009.

We’ll begin lining up our 2nd Quarter Visits in the very near future.