It’s been over a month since the 6th Annual Taste of Northfield ended, but we’re recalling it now both for how much fun it was and also, how successful! This year was the first time that the event spanned two evenings and more people than ever came downtown to enjoy the weather, the food, and the entertainment. Once again we’d like to thank our generous Community Cornerstone Sponsors: Carleton College, 1st National Bank of Northfield, Neuger Communications Group, KYMN 1080 AM Radio, the Northfield News, and the Archer House River Inn. Visit the Taste of Northfield website to find a listing of the Corporate Partner Sponsors and the Business Booster Sponsors of this year’s Taste of Northfield.

Enjoy this short slideshow of pictures from the Taste of Northfield.

Mayor Rossing sent the NDDC an e-mail yesterday about a neighborhood meeting/open house on the 4th Street Reconstruction Project.  The meeting is next Monday, March 15th, 6:00 to 7:30 p.m., Council Chambers at City Hall. END_OF_DOCUMENT_TOKEN_TO_BE_REPLACED 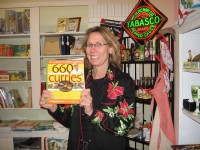 It is, of course, a different kind of week. However, there’s still quite a bit going on in downtown Northfield.

Tonight, Tuesday, December 23rd, there’s an Exhibit Closing Party, a two-day-early ChARTdonnay, and special sneak preview, 3 to 10 p.m., ArtOnWater Gallery, 217 South Water Street and a Blue Grass and Old Time Jam Session, 7:30 to 10:00 p.m., The Contented Cow, 302B Division Street. If you haven’t already done so, be sure to check out the Member’s Show at the Northfield Arts Guild, 304 Division Street, open ’til 5 p.m. today. It’s a delightful offering of cultural activities to wrap around your last-minute shopping and socializing.

Tomorrow, Wednesday, December 24th, is Christmas Eve. You should probably try to finish your shopping early and spend the rest of the day and night with friends and family. Might I suggest one of the many fine shops in Downtown Northfield, as well as the fun eating and drinking establishments. The next day, December 25th, is Christmas.

Friday, there’s Karaoke, 9 p.m., at the Rueb-N-Stein, 503 Division Street, and Chris Herriges, at the Tavern Lounge, riverside of The Archer House, 212 Division Street. Saturday, there’s DJ Music at the Rueb, one of my favorites, Marty Anderson and the Goods, at The Contented Cow, and Norwegian Cowboy at the Tavern Lounge. Then Sunday, there’s the usual line-up of Politics and a Pint, Northern Roots Session, and Quiz Night at The Cow.

Ho, ho, ho…and have a Happy Holidays…from the folks at the Northfield Downtown Development Corporation and the people who make it all possible, the building and business owners of Downtown Northfield. Please support them as they support our community.

A friend of mine suggested that I read the July/August Architecture MN magazine. My “To-Read” list grows ever longer. Although I obtained a copy back in July, I only recently got around to reading it. It was certainly a worthwhile use of my time.

The first article in the series focused on Minneapolis Mayor R. T. Rybak’s efforts to restore greatness to Washington Avenue, the city’s principal east-west corridor that connects the University of Minnesota , the Guthrie Theater, the Mill City Museum, the Downtown Library, and the city’s new downtown residential neighborhood in the warehouse district. The vision is to make it vibrant and pedestrian-friendly (much like Mayor Gary Nickels’ Seattle) through greening the sidewalks, quality street lighting, way-finding signage, public art, benches, and waste receptacles. Seems like a good idea to me, except they left out the bike racks.

Another article looks at a project in Duluth. Development pressure threatened the Upper Amity Creek, a popular trout stream. Citizens helped turn scenarios into a plan to be presented to the city council. The final plan preserved the most sensitive areas, reduced impervious surfaces, offered a variety of housing types, and preserved access to the natural amenities. The citizens, the city, the county, and the developers are now talking about making the plan a reality.

Finally, there was an article about Wilmar. The citizens of that town are working to revitalize their historic downtown. Interestingly, they view the real challenge for downtown renewal not being design and preservation but long-term political support. They also need to counter the perception that there’s quicker profits through opening a business in a pole barn than in downtown. The approach that the planning team is taking is to enhance downtown’s role as the central gathering place while assuring a variety of transportation choices and connections to other parts of the town.

There was also an article about the AIA’s 10 Principles for Liveable Communities with each principle illustrated by an example from a famous or almost-famous person. They include: Design on a Human Scale, Provide Choices (in housing, shopping, recreation, transportation and employment), Encourage Mixed-Use Development, Build Vibrant Public Spaces, and Protect Environmental Resources.

I was struck with the similarities between the AIA’s Principles and the Values expressed by Northfield’s citizens in the Comprehensive Plan Revision Process. The case studies reminded me of the NDDC’s efforts to gather stakeholder input for the Downtown Streetscape process. Based on the articles in this issue of Architecture MN, it would appear that including citizens’ values as development principles through early involvement increases the potential for a project’s success.

Okay, we’ve done Who, What, and Where…

now it’s time for WHEN.

It’s 6:30 to 9:30 pm on a day where they’ll be doing a little partying down in New Orleans too, also known as the Fat Tuesday before Ash Wednesday. That would be a week from today.

I guess that also hints at HOW…